Computer Tutor offers an expert tuition service working at all levels, but specialises in working with mature and novice learners on their own computer and within their own home. Whether you use a laptop, PC or tablet, Computer Tutor is here to help you.

The first electronic digital computers were developed in the 1940s, but they were the size of a large room, consuming as much power as several hundred modern personal computers (PCs). They were mostly used for military and government projects.

It was only in the 1950s that electronic computers for the open market began to appear, but these were very limited, expensive and difficult to use. My father had one on the first home computers in the late 1960s and he would spend hours in front of the monochrome screen writing programmes. I also remember visiting Liverpool University and being amazed at their latest state-of-the-art computers with multiple units each the size of a tall wardrobe with ticker-tape spinning and whirring.

We do not have any reviews about Computer Tutor available right now.

This business has no reviews yet. 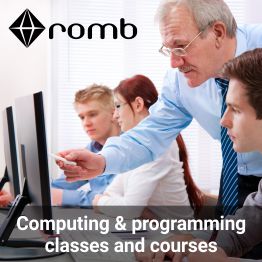